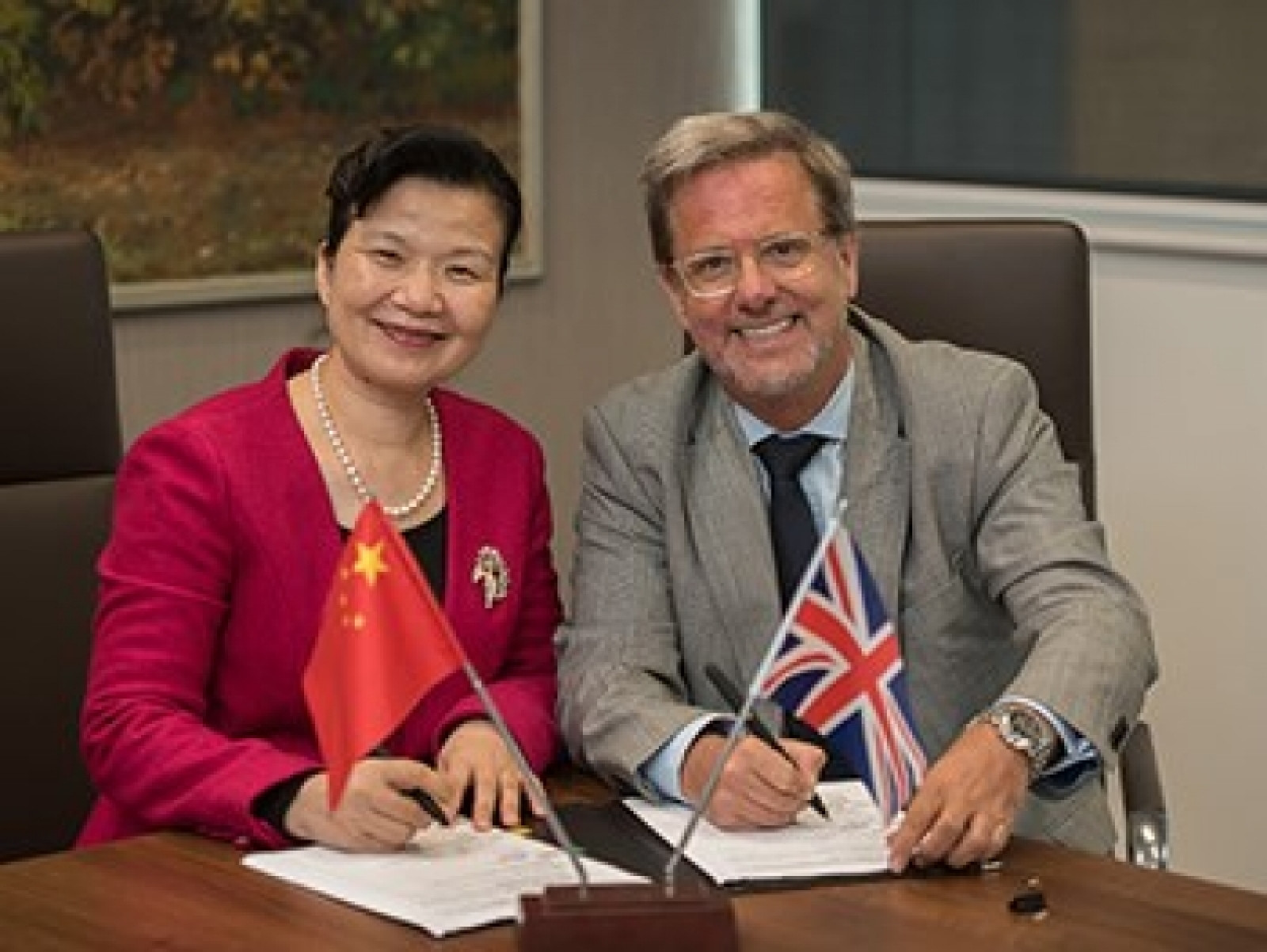 The visit, led by GSU President Professor Huang Zihua, aimed to explore areas of collaboration in sport and exercise science, as well as media and journalism in the sporting sector.

The five members of the delegation were able to see progress on the £41 million expansion to Birmingham City Universitys City South Campus in Edgbaston, consolidating its Faculty of Health, Education and Life Sciences on to one site.

The space will provide teacher training and specialist facilities for health sciences including provision for research, a new lecture theatre, a multi-purpose hall, speech therapy, physiotherapy and ultrasound suites, art and technology classrooms and IT hubs.

Set to open in 2017, the expansion will also see the introduction of a wide range of new health, nutrition and biomedical science courses, including Sport and Exercise Science, Physical Education and School Sport, and Sports Therapy.

I am very glad to be in the heart of England and visiting Birmingham. Although boasting a long history, Birmingham City University is one of Britain's most modern higher learning institutions in terms of facilities and is a vibrant, multicultural institution. The University has beautiful scenery, unique architecture and rich cultural and artistic heritage which always exudes charm.
Professor Huang Zihua, President, Guangzhou Sport University

I believe there is a great potential for cooperation between Birmingham City University and GSU, and Im also hoping that our cooperation will be an in-depth one, ensuring that the fruits of a partnership will be greater.

In recent years, the Chinese sports industry has developed rapidly and Chinese football in particular is flourishing, with Guangzhou Evergrande being the first ever Chinese club to participate in the FIFA Club World Cup in 2013. As a result GSU has set up the first Football Academy in South China and, therefore, it is great for me and my team to be spending time in this famous European sports city, boasting world-renowned football clubs such as Aston Villa, Birmingham City and West Bromwich.

Established in 1956, GSU is Southern Chinas only university specialised in sports that offers both undergraduate and postgraduate courses. Situated in central Guangzhou  a sister city of Birmingham  it has played a leading role in higher education and scientific research across China over the past 60 years. GSU boasts 46 world champions and seven Olympic champions among its distinguished alumni.

Prior to the tour of the City South Campus on Wednesday 8 June, Professor Huang Zihua signed a Memorandum of Understanding with Professor Cliff Allan, Vice-Chancellor, Birmingham City University. He said:

We were delighted at the opportunity to share knowledge and experience with our friends from Guangzhou and we hope that from this visit we can establish teaching and research links around our complementary offerings in sport and exercise science.

Birmingham City University is extremely proud of its close and longstanding engagement across China, including the contributions of our 2,400 Chinese alumni who now occupy senior positions in a wide range of organisations such as Hewlett Packard Enterprise, Jaguar Land Rover and Michael Kors.

Meanwhile, here in the UK, our 800 Chinese students enrich our campus community, while our academics work in China enhances research and teaching collaboration.

Collaboration discussions between the two institutions will continue in November this year, as GSU has invited key academics from Birmingham City Universitys School of Health Sciences to participate in their 60th anniversary celebrations in Guangzhou.

The University is delighted to have signed a strategic international partnership with the highly prestigious Guangzhou Sports University. This partnership has great potential to develop in a multitude of mutually beneficial ways, including research, learning and teaching, joint curriculum developments and student and staff exchanges. It will also enhance strategic alliances we are currently developing with many of the professional sports teams in the City.

While in Birmingham, the GSU delegation also spent time with Professor Philip Thicket, Head of Department for Media to learn more about how the institution trains journalists. Birmingham City University was one of the first UK universities to offer media degrees and today boasts cutting edge facilities  including Europe's largest static green screen  in its £62 million Parkside Building.

Elsewhere, Birmingham City University recently became one of few institutions globally to be given approval by the Chinese Government to set up a jointly run higher education institute in China.

The partnership with Wuhan Textile University will see Birmingham Institute of Fashion and Creative Art open to a new intake of 300 students in September 2016.